Over the last 3 years, Neil du Plessis from Bosch Projects Sugar Equipment (who is currently on site with Raizen), has spent a total of 10 months in Jatai helping improve and optimise their extraction equipment. They are now exceeding their production expectations and, on the 13th of June 2014, reported a new daily crush world record of 21,632 tons.

The Jatai ethanol factory in Goias state, central Brazil, is owned by Raizen, a joint venture between Cosan and Shell Oil. The Jatai factory is the flag ship of the Raizen group of 24 factories, and is one of the most advanced in the world. It was constructed in 2008, and commissioned in 2009, and is a highly automated plant which incorporates some of the most advanced technology in the sugar industry, including a Bosch Projects 15m wide Chainless Diffuser.

The factory was designed to process 4 million tons of cane a season, through one extraction line producing 360,000,000 litres of ethanol, enough to fill the fuel tanks of 7.2 million cars.
Jatai factory is now looking at a record season in 2014.

A standard 15m wide cane diffuser in Brazil would be expected to process around 15,000 tons of cane a day. Yet this year, on a daily basis, the Jatai diffuser is being pushed to process in excess of 20,000 tons; a great example of BP’s ability to design world class leading technology that far exceeds the Client’s expectations. This is by far the most cane ever processed through one diffuser in a day, only made possible by BP’s advanced sugar technology. 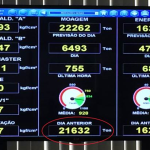 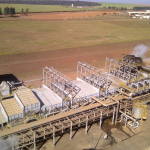 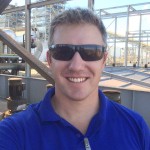 Sign up for Our Newsletter
© Copyright 2022 Bosch Holdings | Legal